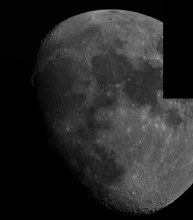 A San Diego woman has had surgery after dreamed she was forced to eat her engagement ring woke up to discover that she had actually eaten it.

Jenna Evans was deep asleep on Tuesday night when she dreamed that her and her fiancé, Bobby, were on a high-speed train facing off with “bad guys” and during the fight Bobby told her she had to swallow her engagement ring to protect it from them, she told ABC San Diego affiliate station KGTV.

When she woke up, however, she saw that the ring was gone and immediately knew what had happened.

"When I woke up and it was not on my hand, I knew exactly where it was," Evans said. "It was in my stomach."

Evans and her fiancé’s fears were confirmed after she got an X-ray at Urgent Care. The silhouette of the ring was clearly there right in the middle of her stomach.

Things took a turn when she could feel the ring in her stomach and it started becoming painful for her.

So, rather than let the ring pass through her organs naturally, the doctor…