States still in play and what makes them that way 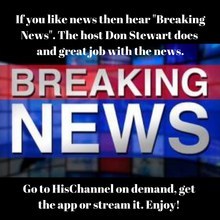 A handful of states remained in play Thursday in the tightly contested U.S. presidential race. The outcome of contests in Georgia, North Carolina, Pennsylvania and Nevada will determine whether Democrat Joe Biden, or President Donald Trump wins.

The solidly Republican state of Alaska has also not been called because it is only 50% counted and will not release absentee numbers until Nov. 10. It is not expected to impact the outcome.

The Associated Press reviews the states that will determine the presidency:

GEORGIA: Outstanding ballots left to be counted in counties where Biden has performed well.

“It’s … clear that we have won Georgia. We’re up by 2.5%, or 117,000 (votes) with only 7% (of the vote) left” to count, Trump said during an early morning appearance at the White House. He also said he planned to contest the U.S. presidential election before the Supreme Court. It was unclear exactly…